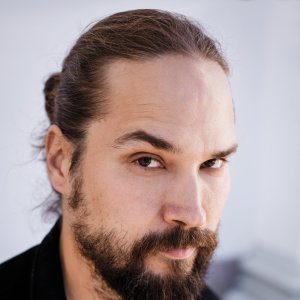 Jukka Viikilä (b. 1973) is a Helsinki writer and dramaturg who published his first novel, Akvarelleja Engelin kaupungista (‘Water-colours from Engel’s city’) in the spring of 2016. In November 2016 the novel was awarded the Finlandia Prize for Literature, Finland’s most important literary prize. Viikilä has previously published two volumes of poetry and four radio plays. His first poetry collection was on the shortlist for the Helsingin Sanomat literature prize. Viikilä teaches creative writing at the Critical Academy.

Akvarelleja Engelin kaupungista describes, in diary form, the life and work of the German architect Carl Ludvig Engel as the designer of Finland’s capital in the years 1816-1840. The building of Helsinki was Engel’s life work.

Praise for the book

“Akvarelleja Engelin kaupungista is a breathtakingly beautiful diamond. Every sentence is precisely considered and fully of energy. Viikilä's language flows onward like a stream. Art history, Engel's philosophy of life and his everyday cares weave effortlessly into a controlled whole. The work combines all the different arts: poetry, art, architecture and music. Together they form the voice, the soul, of Helsinki itself. In his work Viikilä demonstrates in masterly fashion that less is more. Akvarelleja Engelin kaupungista is not disposable literature. It is to be returned to again and again. Its lingering atmosphere calms the reader. Nothing in it is unnecessary; it contains everything.” (Baba Lybeck, Head of the Finlandia Prize Jury) 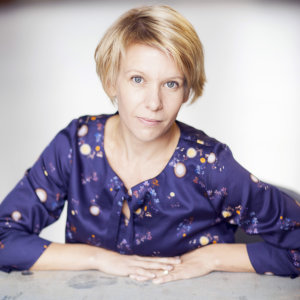 Selja Ahava (b. 1974) is a dramaturge and a scriptwriter. She has lived in London for five years, having since settled in Porvoo with her family. Ahava’s lauded debut novel The Day the Whale Swam Through London (Eksyneen muistikirja, 2010) was a nominee for the Helsingin Sanomat Literary Prize for the best debut novel of the year and the author also received a grant from the Laila Hirvisaari Foundation for the debut. Ahava’s second novel, Things that Fall from the Sky (Taivaalta tippuvat asiat, 2015) was awarded the EU Prize for Literature 2016. 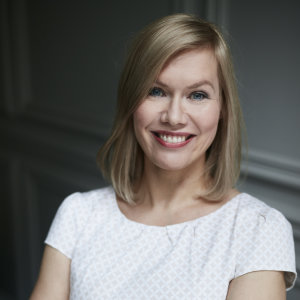 Minna Rytisalo (b. 1974) is a high school Finnish teacher by profession. She has written columns and other literature and reading-related texts for years. After 20 years of considering it, she fulfilled her dream and published a debut novel, Lempi.

Lempi is three individuals’ testimonial of a family tragedy that took place during the Lapland War in 1944-45. With its confident grip, the novel ties Viljami, Elli and Sisko’s stories together and shows how we never see one another as whole beings – the supporting characters of our stories are the protagonists in their own lives.

Rytisalo’s skilled debut novel is an expressive tale about people wounded by love. It is tender and strong and has a powerful charge from the first to the last page. The novel was a nominee for the Helsingin Sanomat Literary Prize for the best debut novel of the year, and has been shortlisted for the Runeberg Prize and Lappi Literature Prize.

Praise for the book

“The feelings of the seekers of their own roads in Rytisalo’s delicate fabric are timeless, placeless and completely fresh, as is always the case in the best prose. The novel is ingeniously constructed and expression astonishingly masterly.” (Helsingin Sanomat)

“The novel’s language is incomparable: rich, delicate, strong. Its rhythm is like that of the heart, of breathing.” (Sinisen linnan kirjasto -blog)

“The atmosphere is as calm as that of a lake in the wilderness but the changes, actions and words cause it to ripple ominously. Rytisalo has succeeded in her attempt to create tension. It holds readers in its grasp, making them breathe a little faster, conjecture, but always be surprised.” (Eniten minua kiinnostaa -blog) 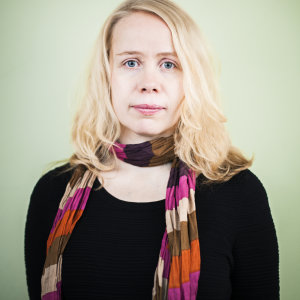 Pauliina Rauhala (b. 1977) has an MA from Oulu University and works as a Finnish teacher. She lives in the northern city of Oulu with her husband and three sons.

Rauhala’s debut novel Heavensong (orig. Taivaslaulu) captivated the Finnish reading public and was the most read and talked about book of 2013. Heavensong has sold over 40,000 copies and holds the distinction of being the publisher’s best-selling debut novel. The novel was awarded the Christian Book Prize and the Kaarle Prize. It was also chosen by literature bloggers as the best book of Finnish fiction of 2013. 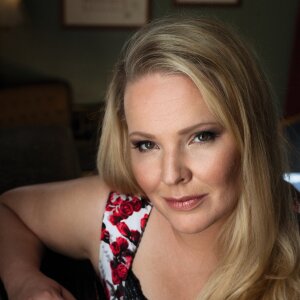 Milja Kaunisto (b. 1976) is an author and a musician. She is at her happiest in her home in Southern France, enjoying the ringing of the evening bells, the sound of children racketing about and the scent of delicious food floating in the air. When writing historical novels, Kaunisto explores the mechanisms of power and their influence on people, and ponders how history repeats itself without never learning from its mistakes.

Kaunisto’s fourth novel, Deluxe opens the new Purple Guillotine book series. The events take place in Paris during the French revolution, at the end of the 18th century. The capital of fashion, extravagance and culture shows none of its best sides in Deluxe. Kaunisto’s Paris is full of decapitation, rape, cold and hunger – and of course – sex, beautiful clothes and luxurious dinners.

Deluxe is an unblushing and surprising depiction of the encounter between nobility and lowlifes during the French revolution. Kaunisto’s imagination is unstoppable and her language is exceptionally sharp and rich. It mightily coexists with a skilful depiction of time and character. 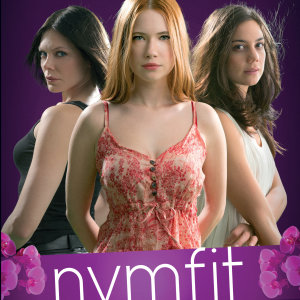 Nymphs - The Legend of Montpellier

Nymphs - The Legend of Montpellier (orig. Nymfit – Montpellierin legenda) by Sari Luhtanen and Miikko Oikkonen is an addictive novel about the three nymphs Didi, Cathy and Nadia. The nymphs are forever young, but in order to stay alive, they need to make love every full moon. Their difficulty does not lie in attracting men, but in learning how to make love without killing their lovers.

The full moon rises above a small town and Didi, 16 years old, makes love to her boyfriend for the first time. As a result, the young man dies. The next morning, Didi meets two women, Cathy and Nadia, who tell Didi that she is a nymph and in danger. She has to burn all evidence of her past and leave her family and friends.

Cathy and Nadia had escaped from tyrannical satyrs to live on their own among ordinary mortals. They believe that Didi is the fabled nymph who, according to legend, will lead the nymphs to their freedom. Didi falls passionately in love with Samuel, an ordinary mortal, and starts a forbidden relationship with him. However, like in the ancient tragedies, nothing good ever comes out of a relationship between divine beings and mortals...

The TV series Nymphs – The Legend of Montpellier premiered in Finland in the spring of 2014. Rights have been sold to more than 50 countries.